Edward passed away on February 12, 2013, after more than sixty years of devoted service to the firm.

After law school, Edward returned to New Orleans to practice with his father, Isaac, in the firm Heller & Heller, a predecessor of our firm. A founding member is this firm, Edward was well recognized nationwide as the “Dean” of the Bankruptcy bar of this state. He handled most of the large, well publicized bankruptcies filed in Louisiana in the 70’s, 80’s and 90’s.

In addition to his active law practice Edward was involved with many public service organizations. Edward served as chairman of the board of the Louisiana Health Service and Indemnity Company (Blue Cross of Louisiana), President of the Jewish Welfare Federation of New Orleans and the Harvard Law School Association of Louisiana. He also served on the board of directors of the Metairie Park Country Day School, the Community Chest, Congregation Temple Sinai and the United Way.

Throughout his life, Edward excelled as a craftsman, model-builder of boats and trains, and sailor of small boats. His operational replica of an early 20th century Thames River steam tug was featured on the cover of “Ships in Scale.” His work with mosaic tiles, including a Byzantine-style portrait of him and his wife, Sandra, attracted coverage in the Times-Picayune. He pursued his love of sailing small craft – Hobie Cats and Sunfish – to the end of his life. 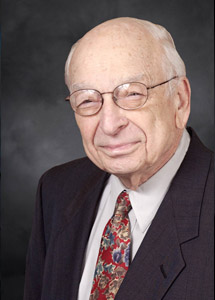 It is with profound sadness that we announce the death of our dear friend and colleague, Fred Bronfin. Fred passed away on July 23, 2014, after more than 50 years of active practice with the firm. Funeral services were held at Shir Chadash Congregation in Metairie, Louisiana on Friday, July 25, 2014.

Fred graduated from Alcee Fortier High School in 1934, received a Bachelor of Arts Degree from Tulane University in 1938 where he was elected Phi Beta Kappa, and a J.D. from Tulane in 1941 where he was Order of the Coif.

After graduation from law school, he joined the Navy, where he saw duty at Midway Island and Pearl Harbor, where he last served as officer in charge of the Fighter Director School, training men to plot courses of enemy raids. At the conclusion of the war, he was transferred to Washington and then New York to assist in the termination of war time contracts.

Fred served on the boards of several civic organizations, including the Jewish Children’s Regional Service, B’nai B’rith, Jewish Family Service, the Anti-Defamation League and the Jewish Endowment Foundation of Louisiana. Fred was a brilliant attorney, known for his remarkable memory and ability to recall case law decisions spanning the 20th Century. He had a tremendous sense of humor, and was deeply loved and admired by his family and close friends. He was married twice, first to Saralyn Plantowsky Bronfin, and then to Carolyn Pick Bronfin, both of whom predeceased him. He was very close to his two children, Dr. Daniel Bronfin, wife Melanie, and Kenneth Bronfin, wife Sarina, his six grandchildren, Michael Bronfin, Neil Bronfin, Talia Bronfin, Marshall Bronfin, Adam Bronfin, and Natalie Bronfin, and eight step grandchildren.

The attorneys and staff of Heller, Draper, Patrick, Horn & Manthey, L.L.C. extend their deepest condolences to the entire Bronfin family. 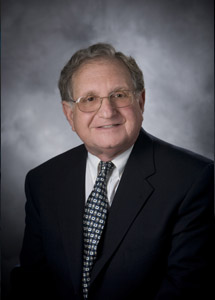 Bernard Harris “Bernie” Berins, a longtime member of this firm, died at his home after a courageous battle with cancer on October 29, 2014, surrounded by loving family.

He was 75. Bernard is survived by Jane Z. Berins, his loving wife of more than 46 years; children, Deborah L. Berins of Austin, Texas, Amy Berins Shapiro and David M. Berins of Metairie; grandchildren, Lily R. Shapiro, Zachary H. Shapiro and Emma D. Shapiro. He is also survived by his brothers, Howard Berins and Leonard Berins, both of Metairie. Bernard graduated from Tulane University with a Bachelor of Arts in 1959 and went on to receive his J.D. from the Tulane University Law School in 1962. In 1961, while still attending the Tulane University School of Law, he was employed as a law clerk with Heller & Heller, beginning his nearly 53-year tenure (slightly interrupted by military service).

Bernard thoroughly enjoyed the practice of law and, more importantly, valued his relationships with his partners, associates and staff. Bernard would have practiced for many more years, but decided to retire on December 31, 2013, to focus on fighting his disease. Widely respected for his expertise in real estate and security interests, Bernard was also well known for his practice in various business entities as well as bankruptcy and related matters. Most notable to those in the practice of law, he successfully confirmed many allegedly “non-confirmable” Chapter 11 plans of reorganization. In addition, Bernard handled numerous commercial transactions, including commercial leases, acquisitions, mergers and industrial revenue bond issues. Over the years, he was invited to share his knowledge and expertise as a speaker at conferences and educational seminars.

From 1962-74 Bernard served in the United States Coast Guard Reserve, entering as a Seaman Recruit and leaving as a Lieutenant Commander. His time in the Coast Guard added to the extensive repertoire of stories that he loved to share. Bernard was very active in Shir Chadash Conservative Congregation (formerly Tikvat Shalom Conservative Congregation) in Metairie where he served as a board member for more than forty years. During that time he held various positions, including president, executive vice president, and vice president of education and was instrumental in developing many programs and in making that Synagogue the success it is today. Above all his nonprofit endeavors, Bernard received the most satisfaction from his more than 32-year tenure as the first chairman of the Congregation’s cemetery, where he played a key role in the acquisition of the Tikvat Shalom Conservative Congregation Cemetery.

In recent years, Bernie was also a member of Chabad Jewish Center of Metairie, and enjoyed watching his grandchildren undertake their Jewish education from the supportive and dedicated congregational family. Bernie’s compassion, humor and selfless devotion to the law and the firm will be profoundly missed by all.

It is with sadness that we announce the death of our colleague, Sylvan J. Steinberg. Sylvan passed away on November 5, 2021.

Sylvan Julian Steinberg was born in New Iberia in 1933 and a graduate of New Iberia High School, he moved to New Orleans to attend Tulane where he earned a Bachelor’s of Business Administration from the college in 1953 and a J.D. from the Law School in 1955. While on the Uptown campus he served on the Board of Editors for the Tulane Law Review and was awarded the Order of the Coif.

Sylvan joined the law firm of Rittenberg, Weinstein & Bronfin the same year, where he eventually became a full partner, working for the firm and its successor organization Heller Draper into the age of 87. His legal work included protecting the constitutional rights of local figures while also assisting numerous clients, appearing before local and state courts, the United States Court of Appeals’ Fifth and Eleventh Circuits, United States District Courts for the Middle and Western Districts, and early in his career having a notable case reviewed by the United States Supreme Court.

Sylvan was incredibly generous with his time and his talents, serving on numerous volunteer organizations across a variety of New Orleans area communities. He was the chairman of the Community improvement Agency during the late Ernest Morial’s time as mayor, in effect helping the city’s homeless find residences while securing and renovating delinquent landlord-owned homes and apartment buildings across the city. Sylvan also was Major Judge Advocate General Corp for the United States Army and United States Army Reserve. In the New Orleans and vicinity Jewish community he was an active leader for over half a century. He was the President of numerous Jewish organizations including B’nai B’rith and Tikvat Shalom conservative congregation, and served on or advised the boards of the Jewish Welfare Federation of New Orleans, Jewish Family and Children’s Service, Jewish Endowment Fund, the Anti-Defamation League, and Tulane Hillel. Sylvan clearly was very close to his alma mater, generously devoting his time to Tulane’s Alumni Association being the President of the Tulane Emeritus Club focused on those who had passed their 50th reunions, while also being a football season ticket holder for 65 years. Sylvan coached various youth basketball and baseball teams where he taught the value of hard work and team spirit. He also loved physical fitness, fishing, carnival parades, and spending time with his immediate and extended family. Sylvan is survived by his wife of 62 years, Judith Ann Benson Steinberg of New Orleans. He also is survived by three children: Jeanne Wyn Clifford (Ralph) of Lexington, Massachusetts, Susan Beth Fischer of Baton Rouge, and Jonathan Michael Steinberg (Elizabeth Barrekette) of Boulder, Colorado plus his sister, Carolyn Yuspeh of New Orleans. In addition he is survived by six grandchildren: Bennett and Justin Clifford, Kevin and Jessica Fischer, and Erin and Sam Barrekette.

The attorneys and staff of Heller, Draper & Horn, L.L.C. extend their deepest condolences to the entire Steinberg family.